News
You are here: Home / News / Community / $10,000 Donation Scratches the Surface of Need in Rural NSW

Conti Strata is donating $10,000 to residents in the tiny rural community of Rappville in northeast NSW who have been devastated by fire and drought.

We are encouraging everyone we can think of including family, friends, colleagues and contractors, to dig deep to help our fellow Australians in desperate need.

It was a fateful wrong number to Joe Conti’s mobile which led to Conti Strata reaching out to help drought and fire affected farmers and residents in Rappville.

Carrol Maher thought she was calling a trucking company in relation to undelivered feed however she was given the wrong number. Her disappointment at this news was so palpable and she sounded so broken that Joe called her back to see if we could help.

Rappville suffered a catastrophic fire on 8 October which tragically claimed 2 lives and destroyed 52 homes in the region. That fire has continued to burn. 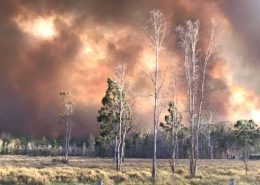 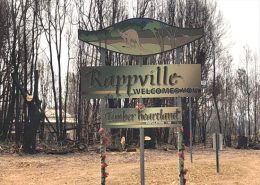 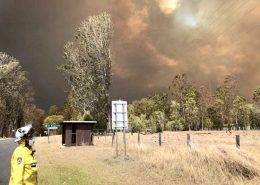 Carrol Maher and her husband Terry are cattle farmers in nearby Mongogarie. To say they have struggled over the last couple of years is an understatement.

Terry suffered a heavy fall from his horse while working, requiring a number of surgeries, time in intensive care and was unable to work for 6 months. Terry will require more surgeries and is unable to use his right hand. Carrol also suffered a fall and has chronic medical conditions herself.

The fire came within a kilometres of their home and has flared up on their property twice. As recently as last week they lost 30 acres of grass (that’s 16 footy fields of livestock feed) and a kilometre of fencing. This has had a devastating impact on their livelihood; they have lost livestock and have been forced to destock half their cattle.

They have had no decent rainfall since 2017 and NONE in the last three months.

Since September, there has not been a day totally free of fires, smoke, dust and ash which covers every surface of their home. 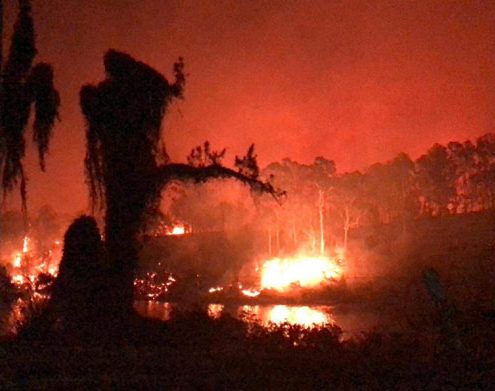 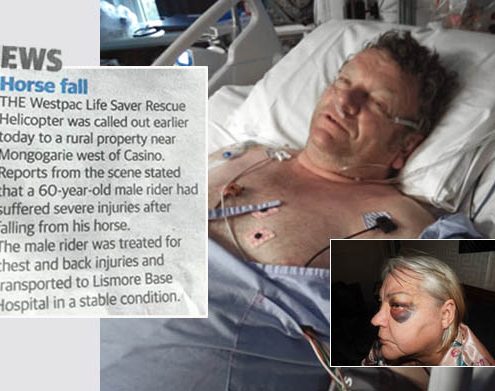 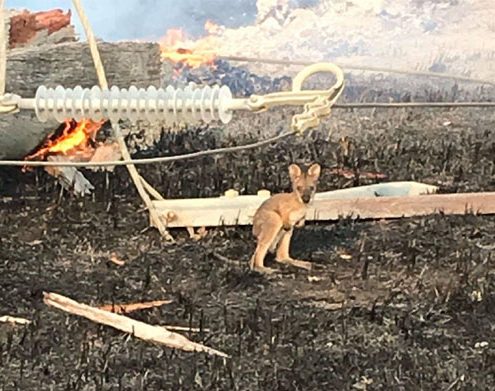 The NSW Rural Fire Service is stretched to breaking point, often leaving elderly farmers in the more remote areas, the arduous and gruelling task of monitoring and controlling fires in their community.

What the Mahers and the community of Rappville need now is money!

Money to keep them afloat by purchasing feed, transporting it to their farm and maintaining  what cattle they have left in preparation for when the drought eventually breaks.

Large corporates and overseas interests have been buying up nearby properties with the intent of producing and supplying exclusively to overseas markets. This will spell disaster not only for small Australian farmers like the Mahers but Australia’s future food security will be threatened and this affects each and every one of us.

‘Our Two Hands’ is a charity set up by Rappville residents Bianca Bowman and her husband James Macdonald. They work tirelessly to assist many people in the community like the Mahers and those even worse off who have lost everything and do not have the means to rebuild.

Half of Conti Strata’s donation will go to the Mahers and half to others in desperate need. The charity is a grass roots organisation with no fancy offices or marketing campaigns. It is registered with the Australian Charities and Not-for-profits Commission (ACNC No. 13303915393).

Click on the photo link below to see all the good work they are doing and all that still needs to be done.

‘Tis the season for kindness

Please reach out to our farmers and recognise that the crisis taking place on the land affects us all, now and into the future. We ask you to remember the plight of our farmers and their families this Christmas as they face devastating loss and an uncertain future.

From our families to theirs, your donation provides real and immediate help.

Thank you and we sincerely wish you the peace and joy of Christmas.

Australian Fires – A Message from Rural NSW
Scroll to top